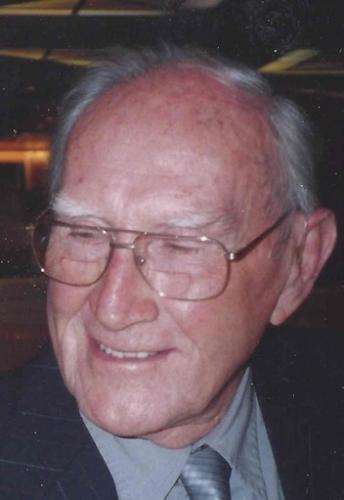 AUBURN – Joseph P. Shannon, 91, of Auburn, died on May 25, 2014 at home after a period of declining health.His wife and soulmate Mary E. “Betty” Shannon died in 2007. He leaves his children; Patricia A. Shannon and her husband John Viveiros of Marblehead, Thomas F. Shannon and his wife Paula of Auburn, Michael W. Shannon of Denver, CO, Kenneth J. Shannon and his wife Helen of Aberdeen, MD, James E. Shannon and his wife Susan of Medfield and Kathleen M. Fernandes and her husband Tony of San Jose, CA. He also leaves 10 loving grandchildren and 1 great grandchild; Christopher, Timothy, Nicholas, Michael, Benjamin, Meg, Sean, Ryan, Lucinda, Evangeline, and Mia. Joe was born in Kilkenny, Ireland. He was educated in England and is a graduate of Cotton College in North Staffordshire, England. Joe served in the British Army, as a member of the 25th Tank Brigade; he served in North Africa, Italy and Greece.Mr. Shannon worked as a consultant with Shrewsbury Electric where he worked to design and implement its municipal CATV system. After the family home was vandalized, Joe became involved in law enforcement consulting and served as Executive Director of the Central Massachusetts Regional Planning Committee on Law Enforcement and later as Executive Director of the Massachusetts Police Institute.Joe was active in town politics. He served on many boards and commissions, as well as the Auburn Board of Selectmen for 12 years, many of those years he spent as chairman.He was active in Scouting with his children. After his retirement he took up landscape painting, and kept the family well supplied with art work. He was a skilled woodworker, he hand crafted furniture built from wood grown on his own land. Joe and Betty spent countless hours cheering on the sporting events of their grandchildren; they were both always there for them. Joe and Betty loved to travel; they took camping trips with the family throughout the Northeast. Later Joe and Betty travelled throughout the world, as well as taking many trips to visit children and grandchildren in Texas, California and Maryland.Joe wrote his autobiography at age 80 and had it printed for his children and grandchildren.His proudest accomplishment was his family. He looked forward to being reunited with Betty once again. He always said she was the best thing to ever happen to him.Relatives and friends are invited to attend visiting hours from 6-8 PM Friday, May 30, in the Britton-Wallace Funeral Home, 91 Central Street, Auburn. His funeral will be held Saturday, May 31, 2014 from the funeral home with a Mass at 10:00 AM in St. Joseph’s Church, 189 Oxford Street, Auburn. Burial will follow in Hillside Cemetery. In lieu of flowers, the family asks that memorial donations be made to Help Fund the Playground, c/o Friends of the Pappas Recreation Complex, Corp. 203 Pakachoag St. Auburn, MA 01501To leave a message of condolence for the family or to view the Book of Memories, please visit – See more at: http://www.legacy.com/obituaries/telegram/obituary.aspx?n=joseph-shannon&pid=171134077&fhid=3259#sthash.4Yj1gJTU.dpuf