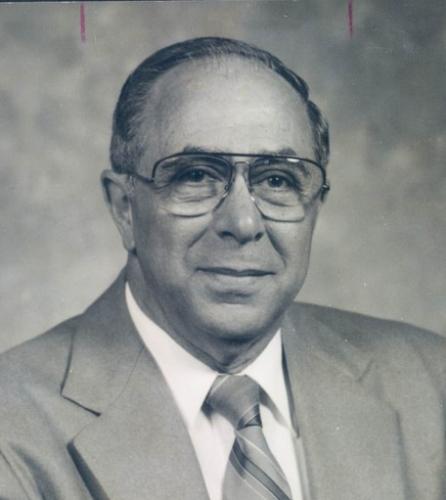 Dr. Richard A. Bonofiglio, Phd, of Auburn and Dennisport passed away Saturday November 1st 2014 with his family gathered by his bedside. He was 84 years old.

Richard was born on May 9th 1930, one of four children of Italian immigrants Angelo and Mary (Molinari) Bonofiglio. He graduated from North High School, earned his bachelor’s degree from College of the Holy Cross, and Master’s degree from Tufts University. He continued his education with classes from WPI, and earning his Doctorate degree from Sussex College. He has lived in Worcester, Auburn and the summers at his pride and joy home on the water in Dennisport.

Dr. Bonofiglio worked over 35 years for the City of Worcester; He began his career as Laboratory director for the former City Hospital., and later as deputy tax collector before retiring. He also owned and operated a medical laboratory Bio-Medical Laboratories as well as a real-estate company.

Richard is survived by his wife, partner and love of his life for over 60 years, Shirley M. (Weagle) Bonofiglio; his two sons, Richard Bonofiglio, Jr. of Worcester, James Bonofiglio, and his wife Regina of Auburn; his pride and joy who called him Papa, his granddaughter, Gabriella Bonofiglio; a brother Ronald Bonofiglio and his wife Ann and sister in law, Antoinette Bonofiglio; many nephews, extended family and friends. A son, John Bonofiglio, brother Albert, sister, Rose Bonofiglio, and niece Linda Supernor all pre deceased him.

Richard, a friend to all was active in the City of Worcester. Besides his employment, Richard was a School Committee and City Council member, served on the Charter and Civic Center Commission, and a member of the board of directors for the Worcester Vocational Technical High School. He was a member of Our Lady of Mt Carmel Church, the First Friday Club, Pope John Council Knights of Columbus, the Beato Angelo Society and the Lodge 168, Order Sons of Italy.

Friends and relatives are invited to calling hours Thursday November 6th from 4 pm to 8 pm in the Mercadante Funeral Home & Chapel, 370 Plantation St. His funeral will be held Friday, November 7th from the funeral home with a Mass at 11:00 am in Our Lady of Mt Carmel Church, 24 Mulberry St. Burial next to his son John will follow in St John Cemetery. In lieu of flowers memorial remembrances in his name can be made to Our Lady of Mt Carmel Renovation Fund, 24 Mulberry St., Worcester 01604.   www.mercadantefuneral.com