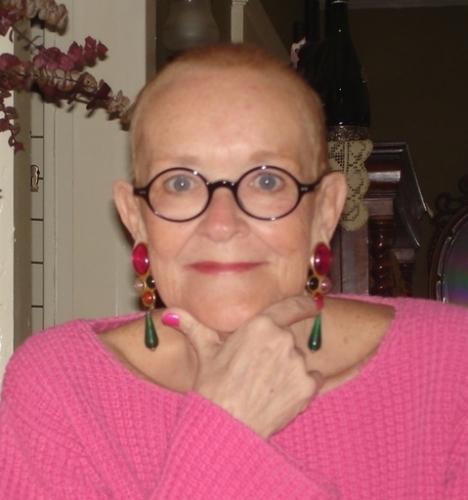 Susan F. Willett, 66 of Auburn passed away peacefully, on her birthday, August 13, 2014, after a long and courageous battle with pancreatic cancer. Susan was born in Worcester, daughter of the late Francis and Nora (Stubbert) Willett. She was a graduate of South High School, and attended Worcester Industrial Technical Institute.

Susan worked for WAAF/WFTQ for many years before moving to Manhattan. In Manhattan her first job was working for Mary Jo Slater Casting Associates. She later founded Susan Willett Casting Associates along with her associate, Irene Stockton and went on to enjoy fifteen years of success. Her many credits, including Bye Bye America, Autumn Heart, Home Before Dark, Rain Without Thunder and Prancer, which starred Sam Elliott, led to a longtime friendship with Sam, his wife, Katharine Ross and their daughter Cleo. In honor of their friendship, Love Letters, starring Sam and Katharine will be performed September 20, 2014 at the Hanover Theater to benefit the Pancreatic Cancer Alliance.

Susan was proud of her awards and recognition but particularly the National Independent Living Centers annual award, she being the first to cast people with disabilities in a national K-Mart commercial. In Swampscott she continued with Susan Willett Casting, worked for Horizons Edge and AllCare VNA. Upon returning to Worcester she worked for Overlook VNA, taught at Nightlife and for Angela Peri of Boston Casting and volunteered at the Worcester Veterans teaching acting and writing. She enjoyed gourmet cooking, entertaining, travel (New Orleans her favorite city in the world), she was passionate about history and politics having worked tirelessly on the George McGovern Campaign. However her most treasured times were those spent with her many friends, family and her beloved Gus.

She is survived by her two nieces, Gail, wife of Randy Chavoor of West Yarmouth and DelRay Beach, FL; Lois Marino and James “Slim” Wilson of Oxford; her nephew, Captain Anthony “Jay” Grokaitis of the Worcester Fire Department and his wife Lisa of Worcester; her brother in-law, Anthony “Buddy” Grokaitis of Auburn; caregiver and lifelong friend, Kathleen Esposito with whom she made her home and her beloved Basset Hound, Gus. Susan leaves grandnephews Thomas Marino, Jason Chavoor and Kyle Chavoor. Susan was predeceased by her sister, Eileen (Willett) Grokaitis of Auburn.

She will be truly missed by her many close and lifelong friends she fondly called “The Girls”. Susan became a fiber of love and strength in the blanket of our lives. She touched each of us, our families and their families. She made friends wherever she went. She was unforgettable. Our thanks to Paula Boss and Kelli Starrat for their dedication and caring. We also would like to express our sincere thank you to the Worcester VNA Hospice.